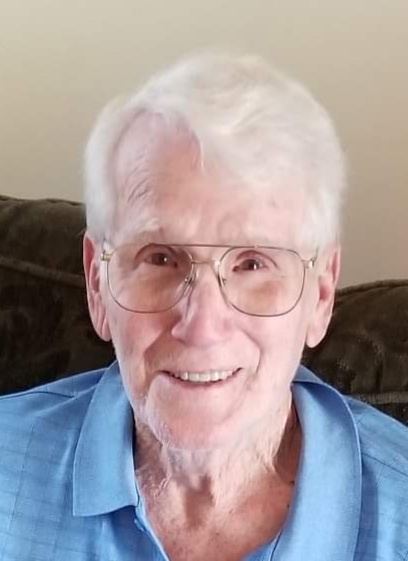 William (Bill) Joseph Sells, aged 89, of Groveport, Ohio, passed away peacefully into the arms of his Lord and Savior Jesus Christ on Monday, December 21, 2020.  The third child of seven children and only son of the late William (Red) and Nellie (Schultz) Sells of Columbus, Ohio, “Billy” was born at the height of the Great Depression and raised with six sisters in a sports-minded family.  Bill was a locally renowned baseball player, eventually signing with the New York Giants in 1950 and assigned to a minor league affiliate.  Not long after he was called into service in Korea where he served with honor and distinction, resulting in a Bronze Star.

Upon returning from the war, he resumed his minor league career and married his childhood sweetheart Donna Lou Fischer on May 25, 1953 while standing in full game uniform at home plate before a game!  But after a few years of realizing his chances at advancing to the big leagues were over, he returned to Columbus with his bride to find work and begin a family, eventually moving to Groveport in 1969.  He worked for three companies during his career; American Standard, Esswein and Son, and finally, Nationwide Insurance from which he retired in 1993.  And while at Nationwide he participated in many golf, bowling, and softball leagues, even into his sixties and seventies.

Bill was blessed with a beautiful singing voice and loved the standards of Frank Sinatra, most notably ‘My Way.’  His love of gospel music led him to purchase equipment to make recordings for family and friends, singing such songs as Precious Lord, Victory in Jesus, and many others.  He would use his gift of voice to bring comfort to people in their greatest time of need.  He especially enjoyed calling family and friends and singing to them over the phone for their birthdays and other occasions.  He was a longtime member of Southwood Church of Christ where he served as deacon, trustee, and even provided the janitorial services.

A funeral service will be held at Graumlich Funeral Service, 1351 South High St., Columbus on Monday January 4, 2021 from 10am until 12pm, with a private family memorial to follow at 12:15pm.  Pastor David Sells, officiant.  Interment to follow at Obetz Cemetery.

Memorial Tribute Video will be available to view here soon.

Scroll all the way down for visitation

and for the live streaming of funeral service on

To send flowers to the family in memory of William J. Sells, please visit our flower store.