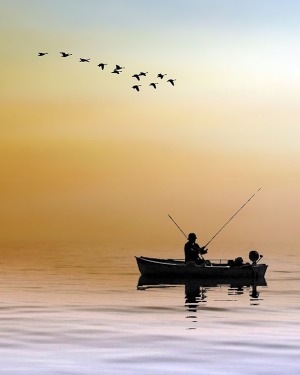 Robert “Bob” Inman, age 94, passed away peacefully on April 21, 2022, at home. He is preceded in death by his parents Jesse and Elizabeth Inman; his brother Ray and 3-day old infant brother Eddie. Bob is survived by his friend and wife of 72 years Margaret (Payne) Inman and his much beloved children; Aleta (Ron, now deceased) Shillingburg, Gayla (Tim) Lynn, and Rob (Kim) Inman; his special grandchildren Dena (Scott) Todd, Alex Lynn, Matt (Samantha) Inman and Patrick (Allegra) Inman; great-grandchildren Skylar and Preston; sister-in-law Mary Lou Payne and many special nieces, nephews, and friends. Bob was a long-time member of St. Paul UCC, graduated from Columbus South High School in 1945. He served in the 484th Engineers during the Korean Conflict as Staff Sargent.  After an honorable discharge in 1952 he worked for DuPont Refinishing for 37 years; he retired in 1989. Bob enjoyed Big Band Music, fishing, the Outer Banks and playing cards with his wife and family.  God saw Bob was getting tired and getting well was not meant to be, so God put His arms around him and whispered “Come with Me.”

A private family service was be held on Tuesday April 26, 2022, at Forest Lawn Memorial Gardens. The family wishes to thank the staff at Avalon and Mt. Carmel Hospice for their care during his long illness. Arrangements with GRAUMLICH FUNERAL HOME, 1351 S. High St., Columbus, OH. 43207.  To leave a condolence on Bob’s tribute page please visit www.graumlichfuneralhome.com

To send flowers to the family in memory of Robert "Bob" Inman, please visit our flower store.