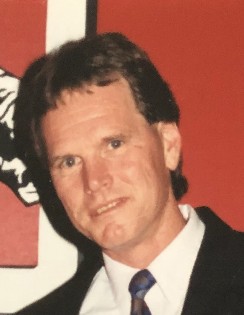 Lloyd Paul Ball II, of Grandview Heights, Ohio, passed away peacefully on Monday, February 22, 2021 in the loving company of his son, his brother and his friends. Lloyd was preceded in death by his father and mother, Lloyd Paul Ball and Lula Ball, as well as his brother Allen Moore. Lloyd is survived by his son Whitman Ball, his brother Lee (Patty) Moore, and sister Barbara (Dennis) Snodgrass. He is also survived by five nephews, one niece and countless friends.

Lloyd was born on February 23, 1952 in Columbus and was raised on the south side of town where he attended Marion Franklin High School. He graduated from Wittenberg University in 1974 where he played quarterback, leading the Tigers to a 12-0 record and a National Championship. Lloyd was recognized by his teammates as their Most Valuable Player and was awarded All-Conference and All-American recognition. Lloyd was enshrined in both the Marion Franklin and Wittenberg University Hall of Honors.

After graduating from Wittenberg, Lloyd received his master’s degree in special education from Wright State University and had a 35-year career in the Columbus school system as a special education instructor and a work study coordinator. He devoted his life to helping at-risk youths and young people with disabilities. He was also a head football coach at Briggs High School and Columbus West High School.

LLoyd was the kindest man you will ever meet, and the greatest father a son could have. But make no mistake, he was tough as nails. At the end, he battled Parkinson’s disease for almost a decade while at the same time suffering from multiple other ailments. And yet, it still took multiple forms of cancer to bring his journey to an end. He didn’t whine. He didn’t complain. He got up every day with a smile on his face, put The Rolling Stones on the record player and fought the good fight. Like he always did. That was Lloyd.

Family will receive friends Monday, March 1, 2021 from 9:30 a.m. to 11 a.m. at GRAUMLICH FUNERAL HOME, 1351 S. High St., Columbus, Ohio 43207. Private funeral service to follow at 11 a.m. and will be lived streamed for anyone to view on Lloyd’s tribute page on www.graumlichfuneralhome.com (service recording will be available to view for 1 week following live streamed version). The funeral service will be presided over by a high school friend, Reverend Dr. William J. Harris. Interment to follow at Green Lawn Cemetery. To sign and view Lloyd’s online guest book please visit www.graumlichfuneralhome.com.

Funeral Service will be live streaming

Please see below under funeral service to view.

A recording of the funeral service will be available to view for 1 week.

To send flowers to the family in memory of Lloyd P. Ball II., please visit our flower store.
Open