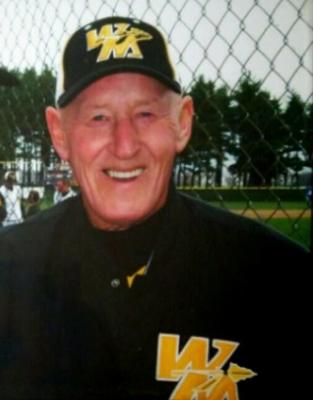 James "Pops" Miller, age 74, passed away at his Pataskala home surrounded by his loving family on Saturday, June 11, 2016. He was born on April 24, 1942 in Elizabeth, New Jersey to James and Alice Miller.

James was a veteran of the United States Air Force, where he played baseball for numerous years. He was a phenomenal professional baseball player with the Cincinnati Reds and once roomed with Pete Rose. He ended his professional baseball career with the Pittsburgh Pirates, and is still owned by them today. James was an award-winning sports broadcaster for 35 years, including at WBRE-TV in Pennsylvania and WTVN-TV Channel 6 Columbus. He won numerous awards, including a Daytime T.V. Emmy while at WBRE-TV. After his retirement and returning to Ohio, James became an assistant high school baseball coach with the Watkins Warriors of Pataskala, coaching over a 13 year period where he became known as "Pops." He was also an assistant coach for the American Legion Post 283 team of Pickerington, where they won the State Championship in 2012. James had a huge impact on the Pataskala community and in numerous athletes' lives and careers.

Arrangements through GRAUMLICH FUNERAL HOME, 1351 S. High St., Columbus, Ohio. James's wishes were to be cremated and to have everyone that he touched attend a short baseball game in his honor at the Watkins Memorial High School Baseball Field on Saturday, August 6, 2016 at 4 p.m. with military honors, followed by a Celebration of Life and Love service. Everyone is asked to attend the service on the pitcher's mound following the game to celebrate James's life. Contributions may be directed to Watklins Memorial High School Baseball Program, 8868 Watkins Rd. SW, Etna, OH 43018.

To send flowers to the family in memory of James Miller, please visit our flower store.