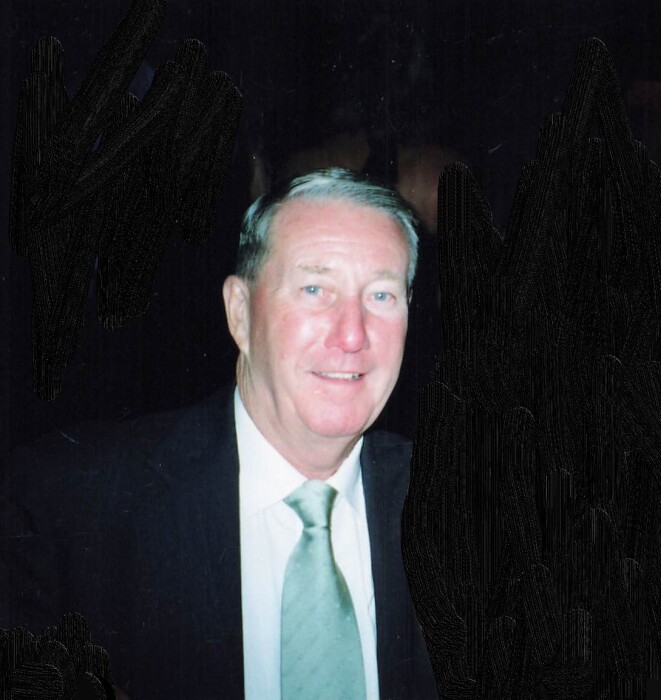 Daniel (Dan) Eugene Brown, 88, of Worthington, Ohio, passed away on November 7, 2022, surrounded by his three children and wife of 65 years after a heroic battle against cancer.

Dan is preceded in death by his parents, Simon and Alys Brown; sister, Alys Gardiner; and cousins, Robert B. Anderson and Howard F. Anderson.

Military Honors Ceremony and Gathering: Saturday, November 12, 2022 at WORTHINGTON AMERICAN LEGION POST 239, 700 Morning Street Worthington, Ohio 43085 11:30 am -3:30 pm. At 11:30 am, Dan will receive military honors, after which the family invites all to a gathering to enjoy toasts with cheap beer and mid-shelf scotch in Dan's honor while cheering on the Buckeyes.

Dan was born in Wilkinsburg, PA to Simon H. and Alys Laney Brown on May 11, 1934. He graduated from Swissvale High School and The Kiski School before graduating from Waynesburg College, where he played football for Jack Wiley and was a member of Phi Sigma Fraternity. After graduation from Waynesburg, Dan started his career as part of the Pittsburgh Group at Columbia Gas, proudly serving Columbia Gas Distribution Companies for 36 years in a variety of progressive roles, retiring as Vice President.  While at Waynesburg, Dan met and later married Joyce Stark and his best accomplishments were husband, Dad, and Grandpa.

Dan was a member of Worthington United Methodist Church and served as past Commander of the American Legion Post 239. He was a member of the Wileymen of Waynesburg, American Gas Association, and was honored with an induction into the Pennsylvania Sports Hall of fame - Western Chapter in 1997.

Dan's sparkly blue Irish eyes and infectious smile lit up every room that he entered and made all who met him Dan's fast friend. His family nicknamed Dan "Mr. Worthington Quarterback Club" from 1982-1986. Dan fiercely loved his family and remained close to children and grandchildren. Dan loved his hot tub and in later years enjoyed flower gardening and visiting the American Legion every afternoon. Dan cheered on Buckeye and Pittsburgh Steelers football and then watched Lawrence Welk shows with Joyce, the two of them singing along to most songs, especially the "Pennsylvania Polka." True to his love of dancing, just three months before his death, Dan danced to "Staying Alive" at his granddaughter's wedding, putting John Travolta to shame.

Donations in Dan's memory may be directed to Shriners Hospital for Children. To view Dan's memorial tribute video and leave the family an online condolence please visit www.graumlichfuneralhome.com

To send flowers to the family in memory of Daniel E. Brown, please visit our flower store.